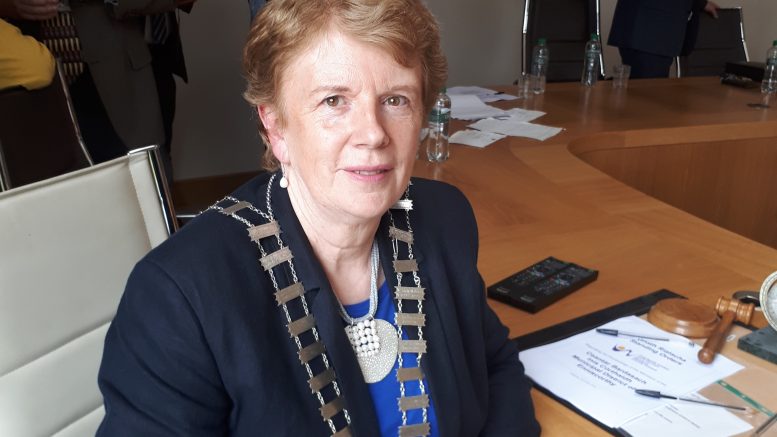 Long serving Cllr Kathleen Codd-Nolan was elected Cathaoirleach of Enniscorthy Municipal District Council at the annual general meeting held in the Presentation Centre, Enniscorthy, this afternoon.
Cllr Codd-Nolan was proposed by Cllr Cathal Byrne and seconded by Cllr Barbara-Anne Murphy and was elected unopposed.
Cllr Codd-Nolan said she will work for everybody in the district. “It is a hugely exciting time for Enniscorthy and I don’t want to leave anyone out, she said as she welcomed the new members and paid tribute to former members who were not returned in the local elections.
“The upcoming completion of major infrastructural projects in Enniscorthy will bring enormous opportunity. My priority is to make sure that the positive impact is felt by every person throughout the entire Enniscorthy district,” she concluded.
Cllr Barbara-Anne Murphy was proposed by Cllr Aidan Browne and seconded by Cllr Jackser Owens for the position of Leas-Cathaoirleach.
Tributes were paid to many of the officials, including Liz Hore, John Carley, Padraig O’Gorman. Joanne Kehoe and Tadhg Corcora, Larry McHale on the Flood Relief Scheme and Bernie Quigley and the office staff at Market Square.
Enniscorthy Municiapl District has been reduced from an eight-seat council to a six seat district and incorporates the towns of Bunclody and Ferns as well as Enniscorthy.
The Council consists of three existing members, Cllrs Kathleen Codd-Nolan, John O’Rourke and Barbara-Anne Murphy and three newly elected members, Cllrs Cathal Byrne, Aidan Browne and Jackser Owens. 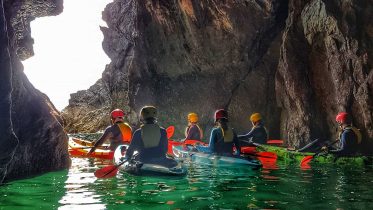 “The Irish Experience” on the Hook is back Today

“The Irish Experience”, based on the beautiful Hook Peninsula, re-opens today, Saturday, the 30th of May, to take bookings for this season, with their first…

No Holiday in the battle against COVID 19